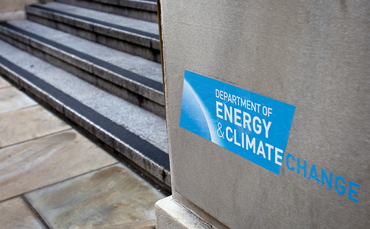 Following on from their document on the subject last year, the UK Department of Energy and Climate Change (DECC) are looking forward to further raising the profile of district heating.

Next month DECC will publish another heat policy document setting out the government’s latest plans to promote heat networks.

“Connecting heat loads in different buildings via District Heat Networks has an important role to play in reducing carbon emissions associated with heating.”

“DECC has committed à‚£1m ($1.5m) to support five of the largest cities in England to develop their plans for installing heat networks. Specifically, the funds will support local authorities in heat mapping their cities and completing feasibility studies to assess the economic and technical case for the development of future heat networks.”

As well as attempting to stimulate more engagement from cities keen on the networks, DECC wants to better understand the barriers to development and the potential solutions that can be brought forth.

Last month the chairperson of the Royal Institute of Business Architects, Alan Shingler spoke about the difficulties the architectural profession encountered and told COSPP that his members would prefer, if there was “a guide on what thresholds would make it viable for different building types.”

Combined heat and power (CHP) and district heating industry spokespersons have repeatedly called for consultancies to be set up to advise and educate local planning authorities on how best to recognise and implement opportunities for CHP.

Another potential barrier is finance and that’s something DECC are also hoping developers can overcome.

“The overall aim is to take the cities’ (heat mapping and feasibility) analysis to a level where they can confidently approach the Green Investment Bank (GIB) in the next phase of their development,” says Ahmed. “We expect the participating cities to complete this work later this year.”

While stopping some way short of provision of funding for consultancies aimed at assisting local authorities and potential developers DECC’s spokesperson advised developers who are interested in integrating district heating and cogeneration into their projects to consult the CHP Focus website, which provides tools and guidance for potential CHP developers to help them assess the feasibility of the technology.

Next month’s policy document will be the follow-up to a government paper produced last year, which discussed DECC’s Heat Strategy and is entitled, “The Future of Heating: A strategic framework for low carbon heat in the UK”