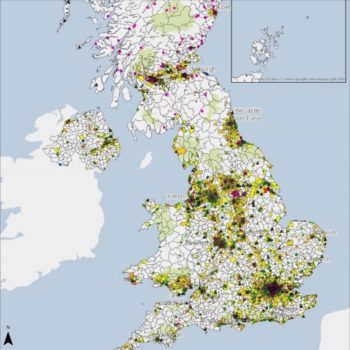 A new report has found that much of the UK’s demand for heat and cold could be met through cogeneration and district heating and cooling.

The report, released this week by the Department of Energy and Climate Change and titled The national comprehensive assessment of the potential for combined heat and power and district heating and cooling in the UK, studied the technologies’ potential to 2030.

In terms of environmental benefit, it said the UK currently has around 6 GWe of CHP installed, which is estimated to have saved around 7.55 million tonnes of carbon dioxide emissions in 2014.

In conclusion, DECC said it is ‘committed’ to providing £300 million ($430 million) in additional funding for heat networks.

The full report, which includes heating and cooling maps of the UK showing potential sources of recoverable heat, is available here.