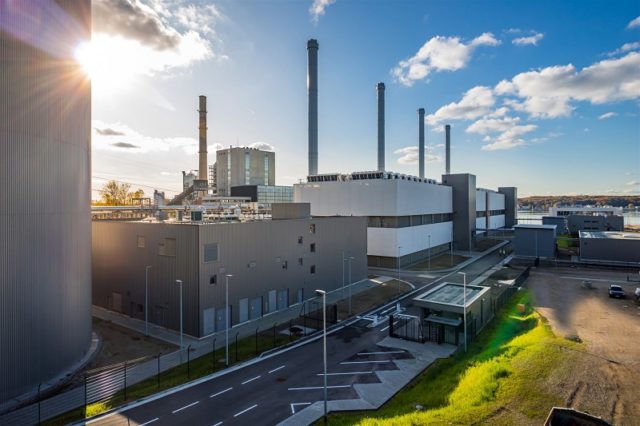 A power station hailed as one of Europe’s most modern and flexible combined heat and power plants is now operational on the site of a former coal-fired plant in northern Germany.

Some 20 Jenbacher J920 FleXtra gas engines provide a total electrical output of 190 MW and a thermal output of 192 MW at the plant on eastern shore of the Kieler Förde inlet.

Both power and heat from the plant feed into the grid and district heating network operated by German municipal utility Stadtwerke Kiel, which built the plant over the past five years along with engine provider INNIO and contractor Kraftanlagen München, part of French group Bouygues Construction.

The new plant marks the largest investment in the history of Stadtwerke Kiel. The German government has a comprehensive plan to cut carbon emissions across the electricity sector and two critical pillars include increasing the adoption of renewables and eliminating coal-fired plants.

In 2015, Stadtwerke Kiel made plans to phase-out a 323 MW coal-fired power station and it was finally shut in March 2019. The utility then kicked off plans to replace the coal plant with the signing of a contract to acquire 20 Jenbacher J920 FleXtra natural gas engines from INNIO – the largest ever order for the gas engines product line in Jenbach.

During a successful 20-day trial run of the power plant at the end of last year, the 20 Jenbacher engines exceeded 92 per cent overall efficiency and emitted 70 per cent less carbon dioxide that its coal predecessor.

“As renewable energy usage will continue to grow across Germany, INNIO will continue to make significant investments in research and development and will further expand its technological leadership in power generation based on regenerative gases-in specific, hydrogen and hydrogen carrier gases-to help build out 100 per cent carbon-neutral and carbon-free power plants.”

INNIO and Kraftanlagen München engineered and implemented the plant: INNIO providing the gas engines and engineering expertise, and KAM operating as general contractor responsible for EPC and commissioning.

“This construction was the largest investment in the history of Stadtwerke Kiel,” said Frank Meier, Stadtwerke Kiel chief executive. “It challenged us all and required a lot of strength, time and energy. Now the energy supply of the future is a reality in Kiel, and we look with a lot of pride at our coastal power plant.”