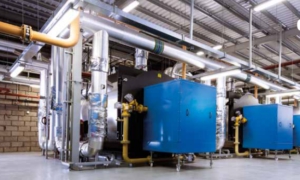 A combined heat and power (CHP)-based district heating network in Scotland has led to significant reductions in energy costs for poorer residents, a report released this week by utility SSE and the University of Edinburgh has found.

The heat network was installed in 2013 at the 1800-home Wyndford Estate social housing complex in Glasgow.

SSE’s report found that, in an area with higher than average economic deprivation, the introduction of district heating has led to a 50% drop in the number of tenants who said they cut back on food expenses in order to pay for heating, while tenants putting off paying other bills to pay for heating fell by 40%. And just 4% of tenants said they felt too cold at home during the winter, down from 53% before the network was installed.

In addition, the heat network has delivered a 62% reduction in carbon dioxide emissions, or savings of 2357 tonnes of CO2 equivalent.

In its report, SSE noted that the social, environmental and economic impacts of the new heating scheme ‘are compelling: lives have improved, comfort has increased, carbon emissions have fallen and jobs and economic value have been created’.

‘This is unlikely to be a surprise to proponents of district heating in the UK,’ the company continued. But it cautioned that ‘district heating projects can be complex, involve many partners and require local leadership to make them happen.’