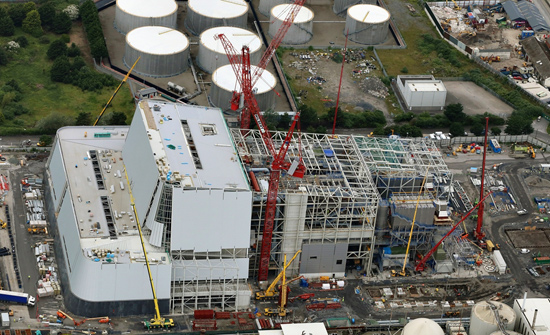 Dublin City Council has released a report advocating incentives be given to city residents to encourage take up of the city’s proposed new district heating network.

The report by Victor Coe, a senior executive engineer with Dublin city council and project manager of the Dublin district heating system (DDHS), has warned of potential difficulties in securing loans to fund the capital costs of the heating system.
“While district heating is established internationally, householders in Dublin have little or no experience of district heating on the scale proposed in the DDHS project. And it takes time for what is effectively a new utility to win the confidence of customers,” Mr Coe said.

The Times reports councillors will be provided this week with a progress update on the system, the first of its kind in Ireland.

The heat network will use energy generated by the burning of waste at a new incinerator in Poolbeg to heat buildings in the city through a network of super-insulated pipes. District heating also provides hot water on demand, without the need for an immersion system.

District heating is a technology already used in several European countries, particularly in Scandinavia where it provides heating for the majority of homes in Denmark and Iceland. Other cities with district heating systems include Barcelona, Cologne, Aberdeen and Sheffield.

The report, which will be presented at a meeting of the council’s environmental committee on Wednesday, highlights the benefits of district heating which include reduced CO2 emissions, less dependence on imported fuel and increased energy efficiency and safety.

The council intends to make district heating available in the Docklands area before extending it to other parts of the city including Irishtown and Ringsend.

“DDHS can replace fossil fuel-based heating systems and save approximately €3 million per year in equivalent gas imports for heating,” the report said.

A deadline for submission of tenders to provide a business delivery model for the DDHS closes in early December. On average district heating costs are 10 per cent lower than gas.