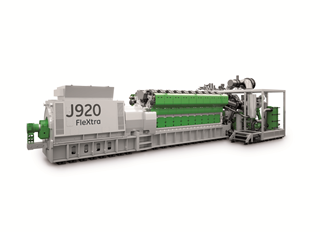 A power plant and associated district heating scheme in Kiel, Germany represents the biggest ever contract recorded for Jenbacher turbines, according to General Electric.

Kraftanlagen Màƒ¼nchen (KAM) will build the plant on behalf of municipal utility Stadtwerke Kiel. The new power plant will replace the existing coal-fired community power plant and will supply the region with district heating.

There will be a total output of 190 MW electrical and 192 MW thermal power and the total efficiency of the equipment from GE is greater than 90 per cent, while electrical efficiency is 45% per cent GE said.

The Jenbacher J920 FleXtra gas engines can be called up to their full capacity in just a few minutes, offering the great flexibility required in a country with a high proportion of intermittent renewables.