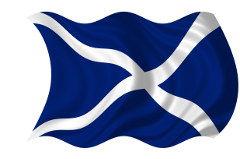 A Scottish commission on district heating has published its recommendations for the sector.

The Special Working Group and Expert Commission on District Heating was established in 2014 to examine Scotland’s regulatory environment and recommend steps to support and promote district heating.

The group found that Scotland’s district heating sector is small (in 2011 district heating supplied less than 1% of the nation’s heat demand) but growing, with developments driven largely by public sector investment and ‘committed individuals acting as champions of the technology’. Thus, the report concluded that sector growth is ‘unlikely to be achieved through market forces alone’.

It added that Scottish district heating systems are generally islanded, with ‘very few conurbation-wide networks as there are in other parts of Europe’.