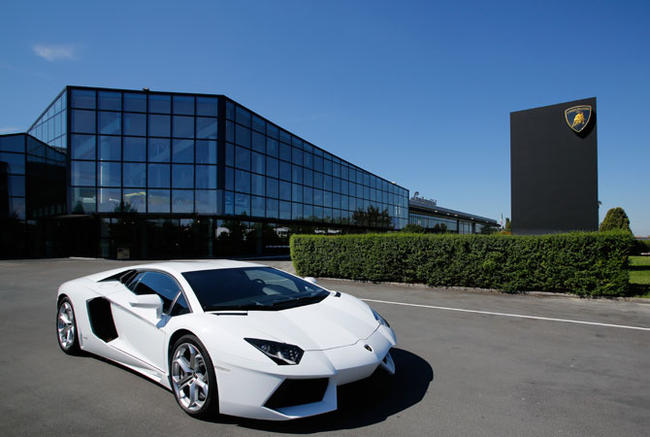 Built on the site of the Italian company’s headquarters in Sant’Agata Bolognese, the plant will generate its electricity, heating and cooling from the same source of natural gas. It has a potential capacity of generating 1.2 MW, and will be capable of generating over 25,000 MWh every year ” enough district energy to power all the houses in Sant’Agata, the neighbouring village

The clean-burning facility is estimated to cut out 820 tonnes of CO2 every year, and by 2017 is slated to run on biofuel to raise that figure to 5,600 tonnes per year.
The Italian government subsidized the installation of the plant at about 20 to 25 per cent, while Lamborghini has shouldered the rest of the investment itself.

It is the latest in a series of measures Lamborghini has undertaken to reduce its carbon footprint. There’s a new district heating system that pipes in hot water from a biogas cogeneration plant about four miles away “responsible for aà‚  ofcut another 1,800 tonnes of CO2 per year.

In addition the company installed over 160,000 square feet of solar panels to cut another 1,000 tonnes of C02 per year, and built a park nearby with 10,000 oak trees to offset its own carbon emissions and research reforestation methods.

All these measures form part of a commitment on Lamborghini’s part to cut its carbon emissions by 25 per cent by this year. The company has achieved key environmental certifications from the European Union’s Eco-Management and Audit Scheme (EMAS), from the International Organization for Standardization (ISO), and now from Det Norske Veritas Germanischer Lloyd (DNV GL) ” making Lamborghini the first company to be certified as carbon-neutral by the Norwegian-German standards organization.