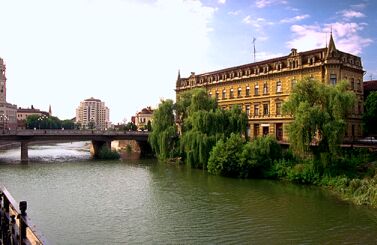 A number of Romania’s older district heating plants were fuelled by coal and oil, but newer systems utilize cleaner-burning natural gas. The 250-megawatt Oradea plant has operated since 1966, using natural gas, oil and lignite for fuel. By installing GE’s natural gas-powered 45.5-MW LM6000-PF SPRINT unit as part of a broader plant overhaul, the power plant will achieve 92 per cent efficiency and reduce emissions as a reliable district heating system for the city’s 141,000 inhabitants.

“The Oradea power plant project is the latest in a long series of high-efficiency cogeneration power plants that GE and STC have collaborated on over the last 13 years in all different industries from paper mills to food and beverage to chemical industries,” said Pietro Marco Stella, president of STC SpA.

GE’s Sprint unit also offers greater operational flexibility as the fast-start system can be taken to full power within 10 minutes and high efficiency at even partial loads, providing users with demonstrated affordable energy production cost. A 15-year long-term services contract will be signed soon with the end user to enhance the plant’s availability and operational costs. The LM6000-PF SPRINT unit is scheduled to be delivered in 2015 and will begin commercial operation by end of 2015.

The current losses in the district heating transport networks, which the GE order will address, are approximately 26 per cent, due to the age of the pipes. That is much higher than the normal 7 per cent rate. In addition, Oradea does not currently have a monitoring and control system to regularly evaluate network losses and changes.