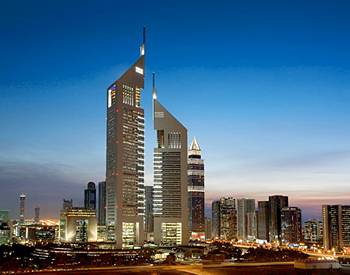 District cooling firm Empower has announced the connection of Dubai’s Emirates Towers to its network, replacing an existing air-cooled system.

The new cooling system will use 0.90 kW of electricity per hour, as compared with the conventional cooling system which used 1.7 kW per hour. This is expected to save around 80% in energy costs for the property.

Ahmad Bin Shafar, Empower’s CEO, said: “The conversion from traditional cooling to district cooling for this capacity is the first of its kind in Dubai and has set the benchmark for other developments utilising traditional systems of cooling.”

The retrofit constitutes phase one of a planned 30,000 RT project which will include cooling system renovation on residential and commercial buildings such as the Burj Al Arab hotel, the Jumeirah Beach Hotel, the Emirates Academy of Hospitality Management and the Madinat Jumeirah resort, Empower said.