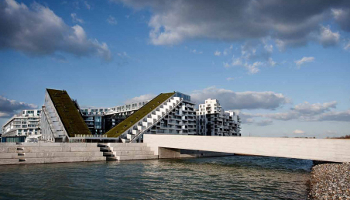 Beijing is looking to leadership from Copenhagen in a bid to develop a successful district heating strategy aimed at reducing pollution in its cities.

The Financial Times reports that the government has selected the northern city of Anshan, capital of China’s iron and steel industry, as a model town to demonstrate if the country can produce a viable system to beat the smog that is clogging its cities.

Denmark is viewed as the model to emulate having earned a 40 per cent reduction in carbon emissions since 1990, thanks in part to its success in efficiency of massive urban heating networks.

The Chinese signed a contract with Danfoss, a Danish engineering company, to assist Anshan after a visit to Copenhagen by President Hu Jintao in June 2012.

“We never thought that one day we would have a showcase city,” Niels Christiansen, Danfoss’s chief executive told the Financial Times. “It wasn’t orchestrated, it just happened. We pressed ahead with district heating and now have the most modern solutions.”

Anshan is already transforming into an example of what the “Copenhagen model” is all about. Instead of heating homes and offices with coal-fired boilers, the city will now use waste heat from its central steel factory, harnessing the energy that normally vanishes up the chimneys. By 2015, Anshan should burn 173,000 tonnes less coal each year and Danfoss says it can expand the networks of hot water pipes to reduce yearly coal consumption by 1.2m tonnes.

Danfoss insists that there is such a concentration of heavy industry in northeastern China that waste fumes can be channelled to heat 70 per cent of the region’s buildings.

The UN in 2014 identified improved heating grids as one of the most effective weapons against climate change. In September, the UN urged mayors to prioritise modern heating networks that would reduce investment in power systems worldwide by 7 per cent by 2030 and save $795bn. The move came after years of the UN ignoring the technology’s merits.

Copenhagen’s obsession with efficient heating was forged in the oil crisis of the 1970s.
54 per cent of Danish homes are currently heated by cogeneration heat networks, with oil, gas and electric heat well down the spectrum.