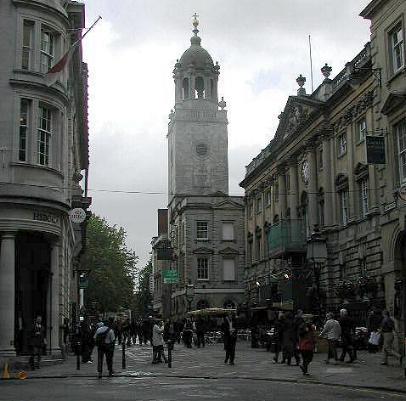 £5m in capital funding has been approved to build a low-carbon district heating network to serve the city of Bristol in the UK.

The district heating network is the first stage of a plan to transform Bristol into a carbon-neutral city by 2050.

Business Green reports that newly elected mayor, Marvin Rees, has approved the investment, which will back the supply of low-carbon heat to buildings throughout Bristol via a network of underground pipes connected to a number of energy centres, including biomass boilers and gas combined heat and power plants. Over time the city plans to phase out the use of natural gas in favour of renewable alternatives.

“One of my campaign promises was to put Bristol on course to run entirely on renewable energy by 2050,” Mayor Rees said in a statement. “Without a city-wide heat network this target will not be possible, particularly in a city with a historic centre, where solar and wind technologies are not always an option for technical or financial reasons.”

Pipework will be laid as part of ongoing infrastructure projects, such as the city’s Metrobus expansion. Biomass-fuelled heat centres are also currently being built to supply businesses and social housing tenants in the Redcliffe area of the city.

“This is a major infrastructure project that will connect parts of the city over a number of years and which will deliver substantial benefits to the environment, residents and businesses in Bristol,” Mayor Rees added.

Under current planning laws, all new building developments in Bristol within a designated “heat priority area” are required to connect to a heat network or be “district heating ready” unless technically unviable.