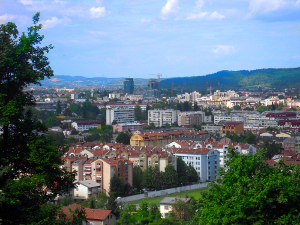 The city of Banja Luka in Bosnia and Herzegovina is set to build a new biomass-fired district heating plant after receiving an €8.4m ($9.9m) loan from the European Bank for Reconstruction and Development (EBRD).

A new district heating company, in which the city will hold a 49 per cent share, will also be established in a joint venture with an unnamed private investor.

The total cost of the project, which is also planned to include modernizing an existing substation, is estimated at €17.8m.

Banja Luka’s current heating network shows significant losses during energy transport and end-use according to the UN Environment Program (UNEP), which is supporting the project through its District Energy in Cities initiative.

The average age of the system’s boilers is 35 years old, and district heating is one of the largest sources of greenhouse gas emissions in Bosnia and Herzegovina and a major cause of poor air quality. Switching to biomass fuel is expected to cut Banja Luka’s CO2 and SO2 emissions by over 90 per cent, as well as reducing its heavy fuel oil use from 16,548 tonnes per year to 1100 tonnes in 2018 and 900 tonnes by 2033.

Ian Brown, who heads up the EBRD’s work in Bosnia and Herzegovina, said: “Combatting climate change with the promotion of energy efficiency and renewable energy is a key priority for the European Bank for Reconstruction and Development.

“One of the major challenges here is to design projects which are environmentally meaningful and financially sound. The District Energy in Cities initiative is meeting this gap by preparing the market and building a pipeline of projects ready for investment.

“The bank has therefore joined forces with this UN Environment initiative as a platform to scale investment in renewable energy projects and we look forward to replicating this approach in the region and with the Bank’s partner countries.”