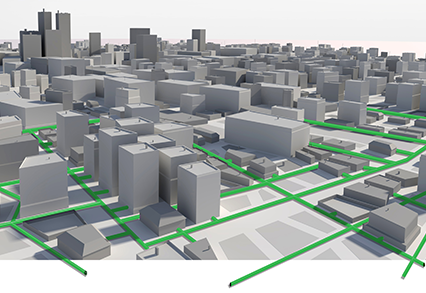 Four projects in London, two in Manchester and one each in Sheffield, Crawley and Colchester will receive a share of the à‚£24 million to support construction.

A further à‚£200k has been awarded to four local authorities to develop plans for heat networks in Trafford, Islington, Buckinghamshire and Middlesbrough with the view to creating a pipeline of high quality projects ready to compete in future rounds.

The money represents the first round of à‚£320m in funding set aside by Government to support affordable, low carbon heat from new heat network infrastructure.

More than à‚£5m from central Government is set to be invested into Sheffield’s district heating network, bringing the potential for it to be expanded to areas such as the Sheffield Retail Quarter and the Northern General Hospital.

Sheffield City Council is to receive à‚£5.73m from the Government in order to connect the Blackburn Meadows biomass plant, built on the site for the former Tinsley Towers, to the district energy network which powers public buildings across Sheffield.

This is the largest amount of money to be given to any individual project as part of the Department for Business, Energy and Industrial Strategy’s Heat Networks Investment Project (HNIP).

Sheffield councillor Bryan Lodge, cabinet member for the Environment at Sheffield City Council, said: “This is great news for Sheffield. Expanding our innovative district energy network by linking it to additional renewable and sustainable energy sources will in turn lead to lower carbon dioxide emissions, not just because people will be using renewable energy rather than gas boilers, but also because using local fuel resources minimises any emissions generated from transportation.”

“The existing district energy network, powered by the Bernard Road energy recovery facility, is near to capacity. However, by expanding to include the biomass plant at Blackburn Meadows, this creates more expansion opportunities to the north and east of Sheffield, therefore creating significant opportunities to increase the reach of district heating.

Welcoming the announcement ADE Director Dr Tim Rotheray said: “This investment in heat networks will bring considerable benefits for local authorities and their communities, boosting the local economy through the creation of skilled jobs and infrastructure investment while giving householders and business access to future-proof low carbon, affordable heat.