Criticism of utilities for fixing stand-by rate prohibitive to CHP 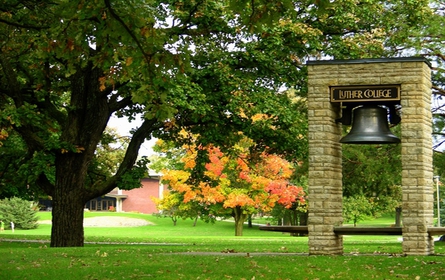 The barriers often imposed on combined heat and power by utilities in the US was highlighted again this week when college in the state of Iowa ruled out using the technology as a result of prohibitive rate policies.

Midwest Energy News reports that Luther College in Iowa has been forced to shelve its plans to adopt CHP as a means of cutting energy consumption. The college were interested in the installation of a 1.4 MW gas turbine, which would generate half the electricity used on the campus each year. The same system was to be used for combined heat and power purposes.
“We are interested in combined heat and power to save money, and because we want to reduce our carbon footprint,” said Jim Martin-Schramm, a religion professor at Luther College in Decorah, Iowa, who also serves as the college’s interim director of the Centre for Sustainable Communities. “Right now it’s not a real option. The standby rate is a key piece of this.”

According to the college administration’s math, the fee that their local electricity provider, Alliant Energy, would charge them for sporadic use of grid power à¢€” also known as the “standby rate” à¢€” is simply too high for the project to be viable.

The college hired the Energy Resources Center, based at the University of Illinois in Chicago, to do a feasibility study. The center estimated the payback time at 55 years. If the college were served by MidAmerican Energy rather than Alliant Energy, the researchers found, the system would pay for itself in about 15 years.

Utilities typically charge standby rates to customers with on-site distributed generation, such as a combined heat and power system, to cover the costs to the utility both of providing actual power, and of maintaining the capacity to provide that power, should the customer’s own generation system fail or have to be shut down for maintenance.

The Energy Resources Center earlier this yearà‚ evaluated the standby ratesà‚ at Alliant Energy, one of Iowa’s major investor-owned utilities.

Standby rates can be designed in such a way that they pay off for utilities, but bear little resemblance to the actual burden that CHP systems impose, according to Jennifer Kefer, the program manager for the Alliance for Industrial Efficiency.

Some utilities charge CHP customers a monthly fee in order to maintain access to the grid. The monthly fee is in some cases based on the largest amount of power drawn from the utility during a single 15-minute period in the previous year ” like the hottest few minutes of the hottest summer afternoon. That ends up being a very high rate because power rates typically are highest during times of peak demand. Some utilities then charge that access fee every month for up to a year, when it would be reset.

“They’re assuming you’ll need power at a peak time. That’s an expensive time,” Kefer said. “They (CHP systems) are very unlikely to go down during a peak time. The rate is not based on how often you go down. It’s not a reflection of the real burden we’re placing on the grid.”

“Paying this penalty for the one time in the year when you had to use the grid can negate the whole benefit of installing CHP,” Kefer said. And while she conceded that utilities must invest in equipment to maintain the ability to produce power when it’s needed, Kefer said she suspects that “the motivation for high standby rates often is to discourage CHP. Utilities often have concerns that CHP undermines their business model.”