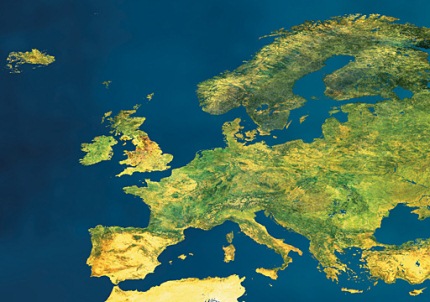 Ricardo-AEA has once again been appointed by the European Commission to compile data, which will be crucial in assisting the EU member states meet the goals of the Energy Efficiency Directive.

Ricardo-AEA’s business manager (and technical advisor to the UK government), specialising in combined heat and power (CHP), Mahmoud Abu Ebid spoke to COSPP this week about the project and the positive implications that look set to arise for CHP from its application.

The global sustainability consultancy has been appointed by the European Commission’s Directorate-General for Energy to review and update the reference values that help to determine the efficiency of CHP plants across the EU.

Mr Abu Ebid points to the attraction to potential money lenders of seeing a real value of efficiency when deciding on investment in CHP technology.

“Efficiency reference values act as a yardstick for member states to judge what high efficiency cogeneration is – and from a bankers point of view, the certification provided acts as proof that the CHP is well designed and will deliver the efficiencies required – it is a mechanism to give assurances to people.”

“If the facility can deliver a Primary Energy Saving (PES) of 10 per cent above the alternatives – be that a power plant or a boiler –if they can deliver against those alternatives, it’s attractive to the likes of the Green Investment Bank and other similar European institutions.”

Ricardo-AEA, and previously as AEA, has been involved in the reference value process since 2004. Ricardo-AEA leads a consortium which encompasses a number of organisations and companies across Europe.

There are three elements to the project -one is focused on CHP technologies  CHP market and policies, and the compilation of accurate performance data in that area. The second and third is to compare CHP with the alternatives – power stations and boilers.

In order to furnish the best possible data on efficiency metrics, Ricardo-AEA will look  at the best available technology, the power stations developed in Europe over the last five to ten years.

One of the obstacles that require time and effort to overcome in providing a quality sample is the desire of power plant owners to maintain confidentiality over their efficiency performance levels, something Ricardo-AEA can provide assurances on.

“Power systems operators are concerned about exposing their performance data to competitors – we work with them in terms of filing confidentiality agreements on the basis that they will be anonymous and nobody will know which power station’s performance data was provided.”

All sizes, all fuels, all technologies have to be represented in the exercise and Abu Ebid says the CHP industry is not so reticent in providing the information required.

“(The industry) is more than happy to volunteer information as its consensus is that their industry needs to be supported by member states. It’s an important factor in the potential success of the Energy Efficiency Directive. Decarbonisation comes from two sides – the demand side and the supply side –this is one of the important pillars of achieving the supply side of it.”

The Commission activates the whole process every five years so as to take into account the advances in technology, which impact on efficiency levels.

Because of the innovations, the legislation and the better quality data coming on-stream Abu-Ebid believes Europe can realistically see over a doubling in its CHP capacity by 2030.

The data being compiled by Ricardo-AEA and its partners will go some way towards assisting the meeting of that objective with Article 14 of the EED also a particular driver. In addition all member states have to develop a central study of CHP, defining what is technically possible by 2020 and 2030.

“CHP has a huge market,” Abu-Ebid says, before adding “its main problem is its initial cost and the security of the heat customer. When you start selling heat to your customer you need to have proof of security, when the banks assess supporting you they look for guarantees.”

The work the consultancy is doing on reference values and that ability of plant owners to point to the efficiency merits of CHP should go a long way to fulfilling that banking test.