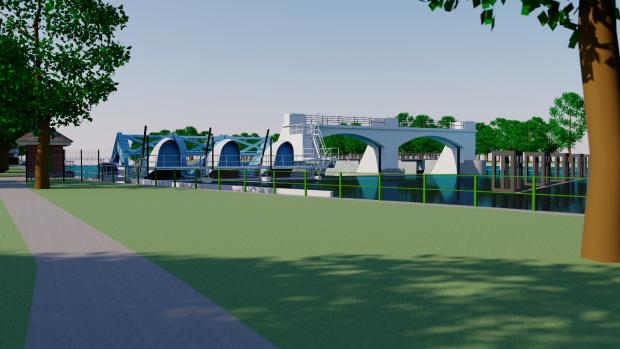 A London-based community energy scheme is offering a chance to invest in a new hydropower project before the British government withdraws tax relief next week.

Resource website reports that the volunteer-led Teddington & Ham Hydro (T&HH) is seeking community investment of à‚£3.7 million for its 492 kilowatt hydropower plant on the River Thames, as the deadline closes in.

With a minimum investment of à‚£250 and a maximum of à‚£100,000, shares in the scheme are being offered at a predicted internal rate of return of 8.3 per cent, but the organisation says that investors must buy their shares by 26 November.

The company says the facility would provide the equivalent of 500-600 homes with clean energy, reducing carbon emissions by up to 1,000 tonnes each year that the scheme is in operation. Carbon payback, the group predicts, would occur in nine months, based on a lifecycle analysis carried out by the National Physical Laboratory.

The T&HH project is one of 25 projects across the UK that is rushing to beat the tax relief deadline in a phenomena known as the ‘Clean Energy Dash’.

The projects are collectively trying to raise investment of over à‚£10 million in a little over a week.

T&HH, run by local volunteers and supported by local residents, is currently battling against the Shell-owned Lensbury Club, a riverside hotel and spa, to construct the scheme.

According to T&HH, the club has fought the scheme, and is seeking to overturn planning approval with a judicial review application. The project group says, however, that by purchasing the electricity produced, the club could decarbonise its operations.

Stephen Jarvis, Managing Director, T&HH, said: “Many local communities throughout the UK have grasped the opportunity to be more resilient and autonomous by developing community renewable energy.”

Zac Goldsmith, MP for Richmond Park, added: “Small-scale, decentralised clean energy is without a doubt a big part of the future, and I believe that, once completed, the project will be among the largest community-run river hydro scheme in Europe, generating enough power for over 500 homes and saving around 1,000 tonnes of CO2 emissions annually.”

Regarding community energy, Boris Johnson said: “The proposals may endanger the expansion of the sector given the investment required for the upfront capital costsà¢€¦ there is a danger of unintended consequences.”

Construction is due to begin on the Teddington scheme next summer and for the hydro to be generating power by early 2017, dependent on fundraising