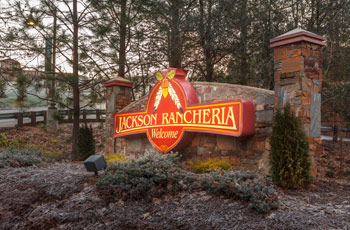 Casino resorts or Rancherias in California are staying ahead of possible power outages through the use of micro grids.

Facilities such as the Jackson Rancheria Casino Resort can go off-grid when heat spikes or natural disasters threaten power supplies to the facilities according to a report in the Sacramento Bee.

The paper noted that the recent Butte fire which caused much devastation in the region failed to stop the casino resort from functioning because of a specialized network of generators and electrical equipment that gave the Rancheria temporary energy independence from the regional power grid operated by Pacific Gas and Electric.

The Jackson Rancheria Band of Miwuk Indians, the tribe that runs the casino, is among a handful of California tribes experimenting with the micro grids. Essentially, these are small-scale energy distribution networks that allow owners to disconnect from the regional power grid and generate their own electricity.

The Ramona reservation in Riverside County was among the first in the state to install a micro grid. Systems also are being installed at the Bear River Band of Rohnerville Rancheria and the Blue Lake Rancheria, both in Humboldt County.

The Butte fire underscored the role micro grids can play in allowing tribal operations to be safe havens during natural disasters, Rich Hoffman, chief executive officer of Jackson Rancheria told the Bee. “It might be worthwhile for the Red Cross and tribes nationally to look into whether this can be duplicated around the country,” Hoffman said.

The Butte fire marked the first time the Jackson resort operated its microgrid independently from PG&E for an extended period of time. As evacuees flooded in, the rancheria began moving cots into empty rooms and conference space, creating sleeping space for 400 people.

The tribe is now working with the California Energy Commission to develop a power generation system that can operate independently for as long as a month. The microgrid will be implemented in three phases, with the first phase operational next year.

The microgrid will provide a powerful replacement for the 1-megawatt generator the tribe has relied on in the past during power blackouts.

The first phase of the Blue Lake Rancheria project will cost $5 million and is being funded largely by a grant from the California Energy Commission. The tribe is contributing $625,000, and partnering with PG&E, technology giant Siemens and Humboldt State University, among others.

Once it is operational, the microgrid is expected to save the tribe at least $75,000 a year on energy purchases, said Ganion.