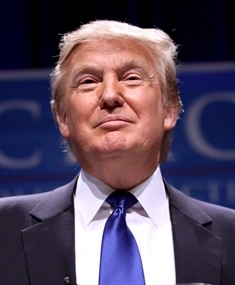 A series of tax updates being introduced by the administration of Donald Trump could make a goal for an increase in combined heat and powerà‚ set by the Obama presidency achievable.

In a 2012 executive order,à‚ President Barack Obama called for the U.S. to add 40 gigawatts of new combined heat and power (CHP) capacity by 2020. The White House said the goal would spur new capital investment of between $40 billion and $80 billion and eliminate the equivalent of emissions from 25 million cars.

However in the interim the move to gain traction, with just 790 projects, the equivalent of 2.5 GW being built. However that may be about to change, following President Trump signing budget and tax reform bills that can directly impact the sector.

Greentech reports that the extension of the 10 percent Investment Tax Credit for combined heat and power — along with other “orphan” energy technologiesà‚ — should help the bottom line for the technology.

With the bonus depreciation rate raised to 100 percent, developers can now also write off the entirety of a project’s cost in its first year rather than spreading that depreciation over time.

Consulting firm ICF argues that those changes, plus the energy industry’s increased emphasis on resilience, mean “the business case for CHP has never looked better.”

Analysis from ICF found that for a sample 15-megawatt project in the Southeast, the tax changes bump up rates of return by about 6 percent, yielding $900,000 a year. That additional cash may seem small compared to the $23.1 million price tag of the project, but over its lifetime the net present value improves from $61.1 million to $72.4 million under the changes.à‚