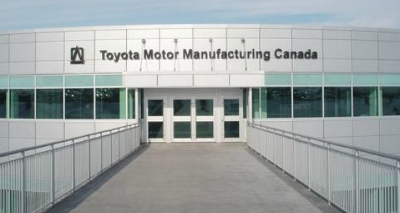 Toyota Motor Manufacturing Canada is investing $27 million in a cogeneration power system in its motor manufacturing plant in Ontario.

They expect the development will significantly reduce its energy use and demand on the power grid once completed in 2015, the company announced midweek.
Ian Miles, president at Cambridge and North Dumfries Hydro, the utility that Toyota worked with in planning the project, described it as “one of the largest energy-saving initiatives in Ontario.”

Toyota said it also will build a greenhouse that will use heat produced by the cogeneration project to grow vegetables for local non-profit organizations.

The auto maker has been producing vegetables along with cars for a number of years now through a Giving Garden project that was inspired by a Toyota worker in Japan who was also a gardener.

It is estimated that the cogeneration project will reduce emissions and save enough energy to power more than 7,400 homes every year.