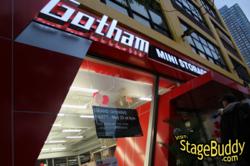 Gotham Mini Storage, a self-storage facility in Manhattan, New York, has installed a cogeneration power plant that uses excess heat from the onsite production of electricity to warm and cool its building.

The company said it was motivated by the dramatically reduction of greenhouse gas emitted offered by the facility as well as the advantage of self-sufficiency, as all the company’s electricity is now produced onsite.

The facility uses natural-gas-fed mini-turbines to produce the electricity used by the facility, company officials said. The excess heat released by the turbines is captured and used to produce hot water, which is then circulated throughout the building to provide heat during the winter months or fed into a chiller to create cold water for the building’s air-conditioning during the summer.

The facility also installed advanced window glazing throughout the building to further enhance its energy efficiency.