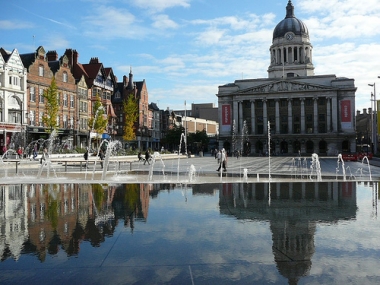 An additional à‚£15 million of private capital has been mobilised from the Equitix Energy Efficiency Fund (EEEF).

The plant is to be built in the Widmerpool area of the city and was developed jointly by Pinnacle Power Limited and Mycock Associates. It will generate over 6.8 MW of green electricity and will be built as CHP ‘ready’ with the potential to supply heat to a co-located wood drying facility.

It is expected to cut greenhouse gas emissions by approximately 13,300 tonnes of CO2e per year, the equivalent of taking 6,000 cars off the road for the life of the project.

Once operational (expected in March 2017), the project will sell electricity to GDF Suez UK under a long-term power off take agreement and Veolia Energy Services Ltd has been awarded the long-term operations and maintenance contract.

Geoff Jackson, Chief Executive Director, Equitix, said:à‚  “Equitix have a robust pipeline of CHP opportunities in the UK and we are pleased to have closed another of these deals on behalf of our investors.à‚  We work with a diverse range of partners to support innovative deals across the country that will ultimately deliver remarkable carbon savings over the projects’ life.”

“As investors we aim to make a difference and believe that delivering returns to shareholders can be fully aligned with a commitment to sustainable investments.”

Commenting on the deal, Robin Baillie said:à‚  “Closing this deal marks a significant milestone for our Projects team as it is our first instruction for ESI and EEEF.à‚  It is also likely be one of the last deals to close under the ROC regime so we are pleased to have achieved this completion on behalf of Equitix and the Green Investment Bank.à‚  We hope this is the first of many more deals we can deliver for them.”