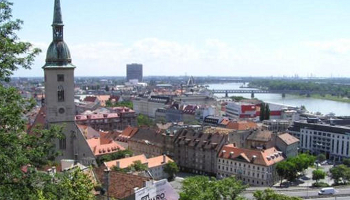 Dalkia has extended its contract to facilitate the Bratislava heat network in Slovakia.

The 20-year contract extends the partnership with the city of Bratislava until 2039, with the goal of applying an approach of energy efficiency and sustainable development to the neighbourhood.

The previous arrangement had been for 14 years.

“We will continue to upgrade the heating network, partly by reinforcing the distribution network’s reliability and also by improving the system’s energy efficiency, with no impact on tariffs,” said Vincent Barbier, CEO of Dalkia in Slovakia.

Dalkia has undertaken the installation of cogeneration plants, which will simultaneously produce both electricity and heat. The electricity generated will be sold to the Slovak national grid and the heat will supply the district heating network.

Cogeneration will be assured by 18 gas turbines installed in the existing heating plants, with a total capacity of 15MW of electricity.