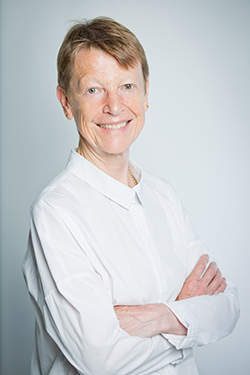 COGEN Europe chief Fiona Riddoch has expressed her concern at the failure of the European Commission to include power and heating in its ‘Summer Package’ announcement this week.

The announcement provided detail on next steps for the Energy Union and Riddoch says clearer links needed to be made between power and heating & cooling.
à‚
The European Commission à‚ Summer Package à‚ (comprising a Communication on a new energy market design, a communication on a new deal for energy consumers, a proposal for the review of the energy labelling directive and a proposal for EU-ETS 2021-2030) aims at advancing the thinking on how to address à‚ important issues in the à‚ existing EU legislative landscape, preparing the way for a legislative cycle in 2016.

COGEN Europe’s statement read, “While, a more integrated approach to the energy system has been praised by the European Commission, it is noticeable that the interaction of the heat and electricity sectors remains unaddressed in the Summer Package.”

“There are important efficiency gains to be made from considering the heat and electricity sectors together particularly in the recovery of heat and operational aspects of the electricity networks. Even though it aims to put “energy efficiency first” the package does not acknowledge this in its sections on customers and electricity market design review”à‚ commented Riddoch, COGEN Europe Managing Director.

With heating and cooling in buildings and industry representing the EU’s biggest energy end-use sectors (46%)à‚  and with more than half of primary energy consumed in power-only plants lost in the form of heat, the implementation of the Energy Union must highlight and tackle interactions between different sectors of the economy. The Energy Union’s vision of consumers at its core, supported by a more decentralised European energy system can only be realised if energy policies are developed using a more integrated, system aware approach.

“We understand the Commission’s services are currently drafting the European Heating & Cooling strategy that is due for release later this year as part of a Winter Package. COGEN Europe hopes that linkages across networks and technologies, a concrete deliverable of the energy efficiency first concept, will be made clear.”