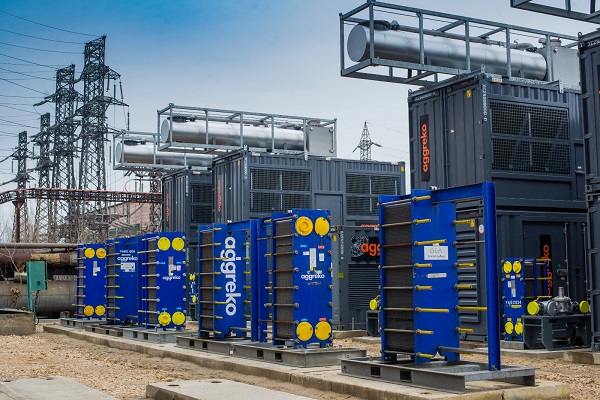 Onsite power firm Aggreko has installed a cogeneration system at a power plant in Romania.

The CHP system is intended to boost efficiency and stability at the plant, which provides water and electricity to Arad City in the west of the country.

The hybrid thermal and electrical cogeneration system combines gas generators with batteries to provide low emission ancillary services. It comprises a total of total 43MW of power: 21MW of gas via 14 generators, with a further 20 MW of thermal energy derived from the plant’s operations, supported by an additional 2MW lithium-ion battery capacity.

UK-headquartered Aggreko says the system has the potential to cut carbon emissions by up to 45% by capturing and using the plant’s exhaust gas and gas engine jacket water to generate further thermal energy.

The plant is operated by CET Arad and has been the city’s main source of energy and heat for almost 50 years. Originally built to provide heat and electricity in the 1970s, a fall in demand for heat has seen it now work primarily to provide electricity for the ancillary services market.

Feature: Blazing a trail to a decentralised future