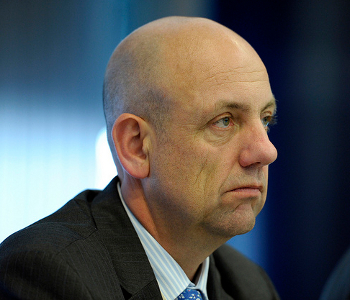 Combined heat and power (CHP) is capable of playing a major part in assisting European economic recovery, according to the head of the European Commission’s energy efficiency unit.

Paul Hodson (pictured) made the keynote speech at COGEN Europe in Brussels and said that driving regulation to ensure greater uptake of CHP can be highly beneficial to Europe’s economy, with its energy efficient qualities reducing the EU’s energy import bill.
“Even if we disregard climate change, it would still be wise to stop spending as much as possible of the some €400bn a year we spend on importing oil and gas. Instead, we should find ways to use European technologies and labour to get more efficient energy systems to decrease our fossil fuel imports.”

Mr Hodson believes the community’s Energy Efficiency Directive, which comes into effect in June, should be used to assist cogen technology in proliferating.

“There is now a clear responsibility for each member state to do a clear assessment of their heating and cooling needs, and the strategies to meet them. This should be accompanied by an assessment of cost and benefit analysis of achieving those potentials, and with cogeneration at the centre of that strategy” he said.

“Each member state needs to do that by the end of 2015. Based on their assessments, member states will need to develop measures and strategies to ensure the potential is actually going to be delivered in practice to ensure that new industrial units and power stations will, wherever economically feasible, be carried out in terms of combined heat and power, rather than with only one type of energy being produced,” he said.

“It’s one of the most important interventions in the legislation and it should do a great deal to encourage the type of things (the CHP industry) you are doing. But the proof of the pudding will be in the eating.”

Apart from the legislative angle Mr Hodson said financing is being earmarked for innovation within the industry. He also told the audience at the event that European cohesion funds, amounting to $22bn, are being set aside for the next seven years to 2020 and that the Commission will be doing more to encourage that money be used for deployment of energy efficient projects, including CHP.