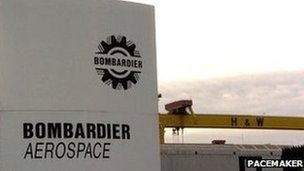 The $139m plant can process 120,000 tonnes of refuse derived fuel (RDF) comprising non-recyclable fractions of commercial and industrial waste per annum to generate electricity and heat.

Located adjacent to the Bombardier wing facility within the Belfast Harbour Estate, the combined heat and power plant is expected to create around 130 construction jobs and around 20 operational jobs.

In the gasification process, waste will be heated to produce a synthetic gas fuel which in turn is used to produce steam, which then drives a turbine to create electricity.

The plant, which will convert 120,000 tonnes of refuse-derived fuel and industrial waste each year, is likely to be operational within 18 months.

Northern Ireland’s Minister of the Environment, Mark Durkan said his decision to grant permission for the plant was good news for Bombardier’s 6,000-strong local workforce.

“The new plant will help Bombardier to reduce electricity costs, maintain its competitiveness within international markets and safeguard employment.”