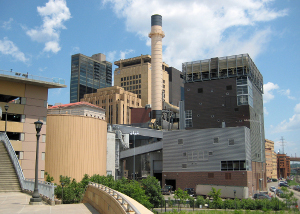 The world’s cities can no longer afford to rely on a centralized energy supply to meet their growing power demands, a new study has found.

The study, Innovating Urban Energy from consultancy Arup on behalf of the World Energy Council, called for new approaches to urban energy management, and said new technologies and business models mean cities are increasingly taking control of their energy future.

According to the study, cities are diversifying their energy mix through technology drivers such as advanced power electronics, smart metering and distributed generation as well as new financial products such as green bonds and crowdfunding.

And lines are blurring between power producers, distributers and consumers as more non-traditional energy players enter the market, Arup noted, adding that for cities, this means taking advantage of distributed resources to balance supply and demand. à‚  à‚

In addition, city leaders are taking on a growing role in addressing climate change, and the study found that they can make a difference even without national policies in place. Mentioned as exemplars were Stadtwerke Màƒ¼nchen in Germany, which provides renewable power and district heat to the city of Munich, and District Energy St Paul in the US state of Minnesota, which supplies heating and district cooling to the downtown area.

Ian Gardner, Arup’s Global Energy Leader, said: ‘City leaders are increasingly understanding that à¢€¦ they will need to play a more active role in securing their own stable and low-emissions energy supply.à‚  It is an exciting time because there are big technological and political shifts that are giving cities the opportunity to take control. And, increasingly, for businesses there is an opportunity to become energy prosumers, producing their own energy and even supplying cities.’à‚