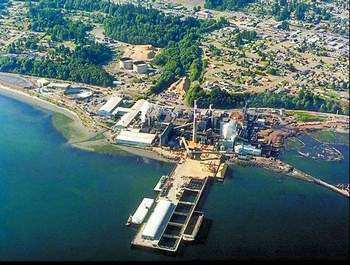 Chesapeake Utilities Corporation subsidiary, Eight Flags Energy, LLC, is pursuing the development and construction of a combined heat and power plant in Fernandina Beach on Amelia Island in Nassau County, Florida, US.

The CHP plant also will produce approximately 20 MW of base load power that will be sold to Chesapeake’s wholly-owned subsidiary, Florida Public Utilities Company (FPU), for distribution to its retail electric customers.

“This is an exciting project for our company because it is an example of what can be accomplished when two parties work together to find a way to develop an outcome that is greater than either could have accomplished alone. In this particular instance, we have coupled the communities’ desire for reliable, environmentally friendly electricity with Rayonier Performance Fibers’ need for steam to lower costs for both. This is a case where everyone truly wins,” said Michael P. McMasters, President and CEO of Chesapeake Utilities Corporation.