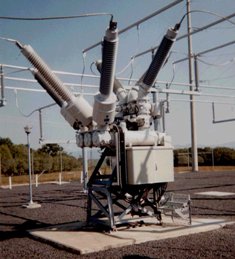 New research reveals that the global switchgear sector grew from $46.8bn in 2008 to $58.6bn in 2012, with China grabbing the biggest slice of market share.

Over the same period, the Chinese market increased from $7.7bn to $9.9bn, accounting for a total share of 16.9 per cent.

GlobalData says this is because, for a single high-voltage installation, multiple medium-voltage switchgears are deployed.

The report states that another boost to the switchgear market is the substantial investment in transmission infrastructure, which will demand high-voltage switchgear devices in the future.

This would be followed by investments in both medium-voltage and low-voltage switchgears to ensure connectivity of the electricity to the end user.

“Developing countries such as China and India have introduced various initiatives in order to cater to the electricity demand that is being linked with rapid economic growth,” said Srinivasan. “Ultra-high-voltage grids are expected to be the core focus of investment for transmission and distribution.

Srinivasan added that “as urbanisation and industrialisation increase around the world, there is a substantial increase in infrastructure, which means heavier investment in the end-user segments for power which supports the growth of the low-voltage switchgear market”.

However, the report highlights that growth in prices of raw materials, such as copper, aluminum and steel, has directly increased the costs of transmission equipment, including high-voltage switchgear.

Additionally, the presence of a large number of companies, especially in India and China, has introduced competitive pricing pressure in the switchgear market.

“In the absence of much scope for product differentiation, pricing becomes an important criterion for gaining a market share,” Srinivasan explained. “Multinationals are struggling to keep their costs and prices competitive in both emerging and developed markets in order to match competition from Chinese and Indian players.”