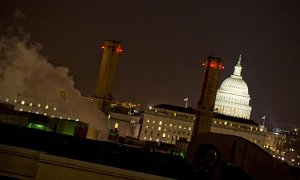 The District Department of the Environment (DDOE) in Washington D.C. has given a green light to the Architect of the Capitol’s (AOC) plans to convert the coal-fired Capitol Power Plant to 100 per cent natural gas.

The plant, which currently supplies heat to the Capitol campus – including the United States Capitol, the Supreme Court, the Library of Congress and 19 other buildings in the complex – is not currently equipped to run solely on natural gas.

The AOC had to seek permission from regulators to expand operations for the new cogeneration plant, which allows the switch from coal.

“After more than 100 years in operation, significant investment is needed to replace aging infrastructure and equipment. Cogeneration is an environmentally-friendly, cost effective and highly efficient technology,” AOC Stephen T. Ayers said in a statement.

However, local activists and environmental groups raised concern because the permission to proceed from the regulators did not come with a stipulation that the plant completely stopped firing coal.

The AOC has stated that during times of high energy demand, it might be necessary to use coal as a last resort to make sure energy needs are met. The plant will also have coal on hand to meet demand until the cogeneration plant is completed.

The US EPA signed-off on the plans in January, and the DDOE approval, granted late last week, marked the final hurdle to starting construction.