Home World Regions Asia Biomass to make up 60 per cent of global renewables use by...
Facebook
Twitter
Linkedin 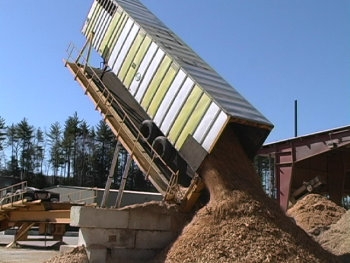 A recent report from the International Renewable Energy Agency (IRENA), titled Global Bioenergy Supply and Demand Projections for the Year 2030, projected that biomass use around the world could grow to 108 EJ by 2030, double the current level.

The report found that biomass use is expected to change significantly by 2030. While traditional space heating and cooking methods such as burning firewood currently account for two-thirds of global use, a shift is expected to what the report termed modern biomass consumption, including growing use in the power and transport sectors and use in combined heat and power (CHP) applications for industry.

IRENA predicts that biomass use for power and district heating could reach 36 EJ, or one-third of total use, in 2030, while use in transport applications could climb to 31 EJ, or 29 per cent of total use. Heat for industry and buildings would reach 41 EJ, of which only 6 EJ would come from traditional methods.

The report cautioned that a number of challenges exist around biomass demand and supply, international trade, and the technologies involved in substitution of new uses for traditional ones. With worldwide demand expected to double by 2030, ensuring biomass’s sustainability will be crucial to market growth and existing national policies need to be expanded in order to address these issues, IRENA said.