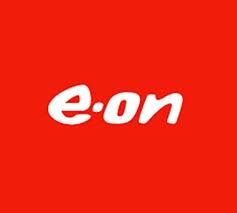 Analysis from the world’s leading consultancies recommend German utilities like RWE and E.ON should look to partner or acquire smaller, more dynamic start-ups if they are to adapt successfully to the coming energy future.

Reuters reports that smaller, nimbler players are eating away the core business of the traditional giants.

“No energy supplier can meet the upcoming challenges alone,” said Jan-Philipp Sauthoff, partner and head of energy transactions at PwC in Germany, adding he expected “a wave of transactions and new cooperations”.
Analysts at Goldman Sachs even anticipate “large, game-changing M&A moves” this year for German utilities.

However, Innogy, Germany’s largest energy group by market value, has said it is only open to small selective deals, while Innogy’s parent RWE said last week it had no plans to merge with Uniper, its rival conventional power generation firm floated off by E.ON last year.

Analysts pointed to the similarity of their remaining businesses, which also includes energy trading, as a reason for why a tie-up would make sense for RWE and Uniper.

Meanwhile millions of German households have switched supplier to find better deals, with 42 per cent of Germany’s 40 million having done so between 2005 and third quarter 2016, PwC figures showed.

Utilities have started to enter into small and selective partnerships to adapt to the industry’s changes and harness specialist know-how, including E.ON, which last year struck a distribution deal with battery maker Solarwatt.

Innogy, which comprises the renewable and network assets of RWE, followed up by buying Belectric Solar & Battery to boost its position in energy storage and photovoltaics.

“If the big utilities don’t count on partnerships, parties from outside the industry will come in and take away market share,” said Metin Fidan, partner at Ernst & Young.