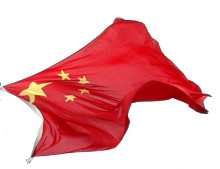 A computer manufacturer, China Great Wall Computer Shenzhen Co, is set to invest over $87 million in 60MW of solar power projects in the central and eastern Chinese provinces of Jiangxi and Guangdong.

The projects will be powered with inverters from Satcon, a Boston-headquartered manufacturer which filed for liquidation in 2013 and was subsequently acquired by CEC Great Wall Energy.

Satcon’s Powergate Plus inverters, for large-scale solar systems and its newly launched Galaxy Series inverters will be used for the latest projects. GWE claims the Galaxy Series enables “the industry’s lowest levelised cost of energy (LCOE)”, with a low installation cost and a claim of 98.6% peak efficiency.

The 60MW of projects are expected to contribute towards China’s “twelth five-year plan” under the National Energy Administration’s scheme for Development of Renewable Energy Sources. The programme seeks to get the capacity of distributed generation of photovoltaic (PV) energy in the central and eastern regions of China to 10GW by 2020.