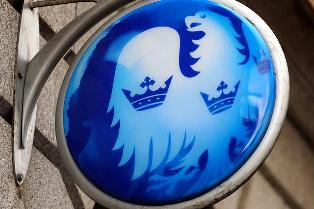 British bank Barclays and four of its traders have been fined $453m for manipulating electricity prices in the US.

The Federal Energy Regulatory Commission (FERC) ordered the civil penalties in regard to actions taken by the bank and traders in California, Arizona, Oregon and Washington between 2006 and 2008.

an Smith ” “built and then flattened substantial monthly physical index positions at four of the then-most liquid trading points in the western United States for the fraudulent purpose of manipulating the index price to benefit Barclays’ financial swap positions”.à‚

The regulator said their actions “demonstrate an affirmative, coordinated and intentional effort to carry out a manipulative scheme” and added that there had been a “lack of any effort by Barclays and the traders to remedy their violations”.

FERC ordered Barclays to pay $435m in penalties; Connelly to pay $15m; and Brin, Levine and Smith to each pay $1m.

The penalties must be paid to the US Treasury within 30 days.

FERC has also ordered Barclays to disgorge $34.9m, plus interest, in unjust profits to the Low-Income Home Energy Assistance Programs of Arizona, California, Oregon, and Washington.à‚ The bank has 30 days to comply with this order, with 19 per cent of the sum going to Arizona, 63 per cent to California and 9 per cent each to Oregon and Washington.à‚

Barclays is to contest the decision. Spokesman Marc Hazelton said in a statement: “We have co-operated fully with the FERC investigation, which relates to trading activity that occurred several years ago. We intend to vigorously defend this matter.”