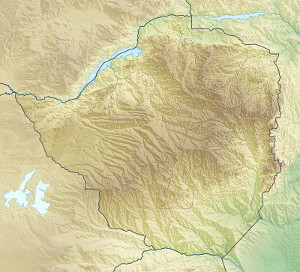 A planned hydropower project’s expected generation capacity has been increased by 800 MW after new feasibility studies were conducted.

In 1993, original studies estimated the capacity of the planned Batoka hydropower project, to be constructed jointly by Zimbabwe and Zambia, at 1600 MW. However, new studies released this month have revised that figure to 2400 MW. In addition, estimated costs have risen from $2.8bn to $3bn.

The project is planned to be located about 50 km downstream from the resort town of Victoria Falls on the Zambezi River, and to span the Zimbabwe-Zambia border. The plan is for two power plants, one on the Zimbabwean side and one on the Zambian side, which were each originally planned to be 800 MW. It is unclear at this time how the additional capacity will be achieved and allocated.

Power from the plant will be shared equally between the two countries. Once it is completed, Zimbabwe will become a net power exporter.

Dr Samuel Undenge, Zimbabwe’s Energy and Power Development Minister, was quoted as saying that work on the project will begin soon. A developer has not yet been specified, but according to the Zimbabwe Investment Authority it will be a private company which will build the project under a build-operate-transfer model. It is expected to take seven to eight years to complete. à‚

Zimbabwe’s is stepping up its investments in power projects to address the nation’s ongoing electricity shortage. Among the plans underway are a 300 MW expansion of the 750 MW Kariba South hydropower plant, and the addition of two units totalling 600 MW to the 920 MW Hwange hydropower plant. In July, plans for a $1.1bn, 2 GW coal-fired power project were revealed.