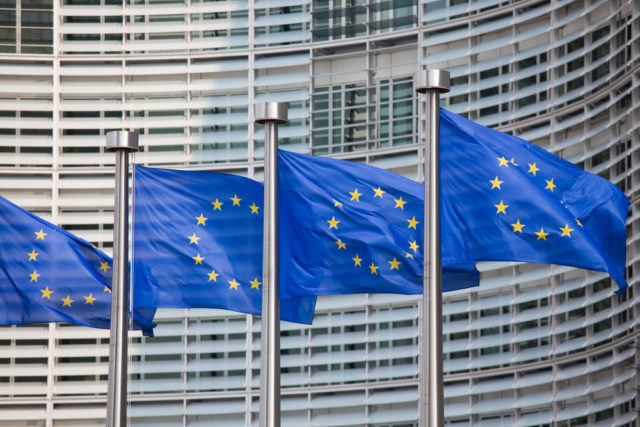 The European Investment Bank (EIB), the world’s largest international public bank and the €555bn ($612bn) lending arm of the EU, has adopted a new lending policy that will cut finance to most fossil fuel projects as it tries to become the world’s first ‘climate bank’.

Some countries including the German and Italian governments pushed for loopholes that could allow for dangerous fossil gas projects to be supported by the bank – campaigners will continue to fight against these.

“When the world’s biggest public lender decides to largely ditch fossil fuels, financial markets across the globe will take notice: this is the beginning of the end of climate-wrecking fossil fuel finance. The gas lobby has unfortunately managed to get Germany and the European Commission to insert some loopholes into the policy, which leave the door open for funding of dangerous fossil gas projects. They had better take note of the growing list of pipelines, terminals and fracking wells that are scrapped thanks to local opposition and the unprecedented masses of people mobilising for climate justice,” said Kate Cahoon, Germany campaigner, 350.org.

This decision is a result for the tens of thousands of people around the world who have put pressure on the EIB to recognise it must go fossil free, as well as for the local groups across Europe who have been regularly protesting outside finance ministries and EIB offices.

This move is not isolated; it comes amid growing pressure on financial institutions to cut their exposure to high-carbon projects and a collective move by Multilateral Development Banks to align their funding with the Paris agreement.

The EIB handed out €6.2m ($7m) every day to fossil fuel companies between 2013 and 2018 and provided security for millions more in private funding – so cutting this finance is another nail in the coffin for the fossil fuel industry.

But the loopholes for fossil gas remain – any project added to the EU’s ‘Projects of Common Interest’ (PCI) list before 2022 will still be eligible for EIB funding, and at present, there are more than 50 fossil gas projects included. The PCI list is yet to be finalised so there is still time to ensure the EIB doesn’t lock Europe into decades of dependency on dangerous fossil fuels.

The European Commission, under pressure from the gas lobby, pushed EU member states to water down a stronger version of the policy that would have seen a more comprehensive ban on fossil fuel finance.

This happened despite the need for the EU states to rapidly reduce greenhouse gas emissions and bring them down to net zero before 2050.

Germany was also instrumental in watering down the first proposed policy, but the actions of Finance Minister Olaf Scholz in pushing for fossil fuel loopholes has precipitated a significant new movement against fossil gas projects in the country.

“This is a clear signal to financial institutions in Europe and around the world that they must take rapid, transformative action to change their financial models, keep fossil fuels in the ground, and support a just transition to sustainable forms of energy for all,” said Clémence Dubois, France campaigner, 350.org.