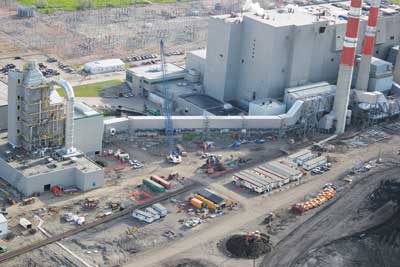 According to Benjamin Sporton, the WCA’s acting CEO, the group has created a global Platform for Accelerating Coal Efficiency (PACE) to promote adoption of clean coal technologies. Envisioned as an international public-private partnership, “PACE’s vision is for the most efficient power plant technology possible to be deployed when coal plants are built,” Sporton said, adding that the initiative aims to “raise the global average efficiency of coal-fired power plants and so minimize CO2 emissions, whilst maintaining legitimate economic development and poverty alleviation efforts.”

The specific aims of the platform include establishing a global target for improving the efficiency of coal-fired power plants, identifying priority countries where coal is a major part of the national energy strategy, and defining best practices in implementing high-efficiency coal plant technologies.

Increasing the average efficiency of the world’s coal fleet from its current 33 per cent to 40 per cent “can be done with off-the-shelf technology that is currently available,” saving around 2 gigatonnes of CO2 per year, the WCA said. It pointed to the success of Canada’s Boundary Dam CCS project (pictured), which is expected to save one million tonnes of CO2 per year.

Responding to the growing fossil fuel divestment movement, Sporton said: “Calls for divestment ignore the global role played by coal and the potential offered” by clean coal technologies. “It is essential that responsible investors actively engage with the coal industry.”

Coal currently provides over 40 per cent of the world’s electricity, and according to the International Energy Agency its use is set to grow by 17 per cent in the next 20 years.