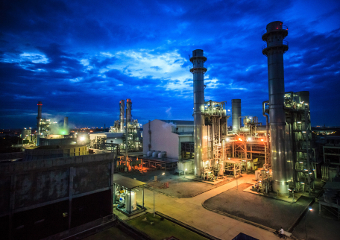 The winners of the inaugural Power Engineering International Asia Projects of the Year Awards were announced last night at POWER-GEN Asia in Bangkok.

At a VIP ceremony the trophies were awarded for the best gas-fired, coal-fired, distributed generation and renewable projects.

The gas-fired award was won by S-Power for its Ansan combined heat and power plant in South Korea.

The plant has an efficiency level of more than 60 per cent and utilizes Siemens’ latest H-class gas turbine technology.

In addition to generating electricity, it also provides district heating for Ansan city.

Siemens and its partner, South Korea’s Posco Engineering & Construction, completed the plant in 24 months, from groundbreaking to first commercial operation.

Best distributed generation project was won by Amata Power – a a division of Amata B. Grimm Power Group, one of the Thailand’s leading small power producers – for two combined heat and power plants on the Amata City Industrial Estate in Bangkok.

Each combined heat and power plant is equipped with a pair of Siemens SGT-800 gas turbines, with an output of 50 MW, and one SST-400 steam turbine, which adds another 40 MW of electrical power to the output.

A major requirement from Amata B.Grimm Power was that the facilities had to be as fuel efficient as possible because in Thailand the price of natural gas continues to out-strip electricity tariffs, which puts profit margins under pressure.

The winner of the best renewables project was the Burgos wind farm, operated by EDC Burgos Wind Power.