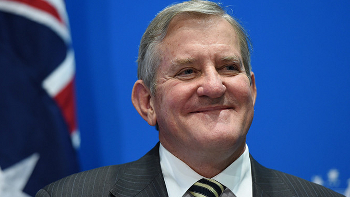 A report from the Australian government reads as good news for the country’s coal industry and carbon capture and storage technology in particular.

The energy white paper argues that no single energy source should be prioritised over another but says electricity from fossil fuels, particularly coal, will continue to play a “vital role” in “providing low-cost energy around the world until the cost of renewable power becomes more competitive”.

It says that investment support for low emissions technologies, such as carbon capture and storage, is important for Australia “as a major user of coal-fired power and can aid international development efforts that help economic growth in developing countries by using coal and gas while limiting emissions”.

Global CCS Institute contributed to the paper when requested to make submission late in 2014. They said at that time, “CCS is the only large-scale technology available to make deep emission cuts in many industrial processes such as steel and cement production.”

“Australia stands to benefit from the deployment of CCS given its endowment of fossil fuel resources in combination with energy-intensive trade-exposed sectors.”

The report’s main thrust is that remaining state-owned electricity assets should be privatised to increase competition and lower power bills. The paper argues that competition between electricity suppliers has been stifled by state government ownership of assets.

Green energy proponents will continue on the backfoot if the paper is implemented as the report highlights that renewable power has contributed to the surplus supply of electricity in Australia.

Macfarlane has used this as an argument to support the government’s efforts to reduce Australia’s renewable energy target. The paper calls for a “technology neutral” approach to energy supply, which would be determined by the market.