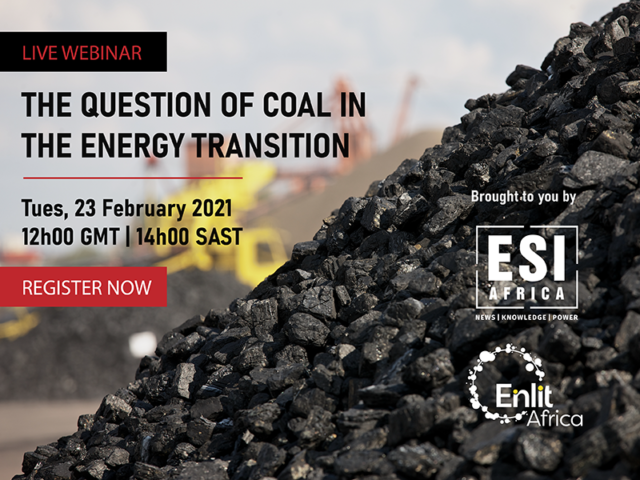 Moreover, 70% of coal volume is consumed domestically and the coal industry spends billions on procuring goods and services locally, thus contributing to creating and maintaining jobs in other industries.

However, financing to mitigate or adapt to looming climate issues is receiving more and more attention across Africa. For the moment, in South Africa, this still lags behind traditional thermal generation and commonplace operational considerations. While an increasing number of governments are starting to consider a more sustainable energy transition as central to future climate strategies, this philosophy raises queries around finding the balance between embracing clean energy and exploiting least cost resources.

Join us for a webinar exploring the question of coal in the energy sector. In this webinar, our guests unpack the concern around the role of traditional generation in the energy transition where Africa’s more immediate problem is that of modernisation and expansion.

Key discussion points will include: