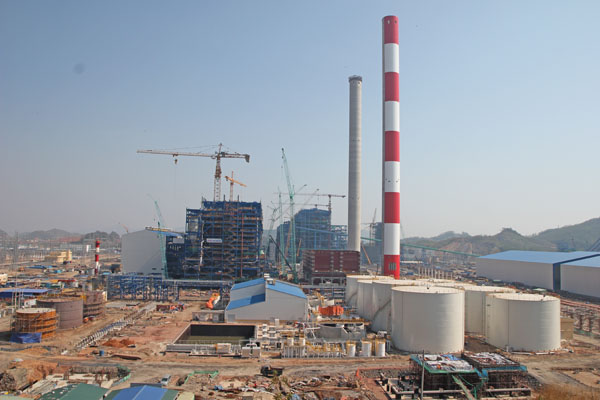 A loan of $209m has been secured for the construction of a Vietnamese coal-fired power plant, state-owned utility Vietnam Electricity has announced.

Three domestic lenders ” BIDV, Vietcombank and VietinBank ” are to support the construction of the utility’s Duyen Hai 3 power plant, part of a three-plant complex under construction in the Tra Vinh province in the Mekong Delta.

The first unit at the $1.6bn Duyen Hai 1, built by China’s Dongfeng Group, began operation in January, and the second unit is set to come online in July. à‚ Malaysian firm Teknik Janakuasa is building the $2.2bn Duyen Hai 2, which is scheduled for completion in 2020. à‚

Duyen Hai 3 is to be built by a consortium composed of Chinese firms Chengda Engineering, Dongfang Electric Corp, Zhejian Electric Power Construction and Southwest Electric Power Design Institute. Unit 1 is expected to come online in the fourth quarter of this year, and Unit 2 in the second quarter of 2016.

The EPC contractor for the $890m, 660 MW Unit 3 is Japan’s Sumitomo Corp, which is scheduled to complete the project in summer 2018.

In addition, a $280m seaport which will receive 12m tonnes of coal per year for the plants is under construction by China Communications Construction, and is expected to be completed late this year.

Vietnam’s long-term energy plan includes building 57 new coal-fired power plants, with a total capacity of 36 GW expected by 2020 and 75.7 GW, or 56 per cent of the country’s power output, expected by 2030. However, analysts have warned that the nation is taking a risk in setting up new thermal power plants without clear sources of coal supply. And the Vietnam Coal and Mineral Industries Group (Vinacoal) has said the nation will need to import several million tonnes of coal per year from 2016 in order to run its existing thermal power plants, with the amount rising to 20-30m tonnes by 2020.