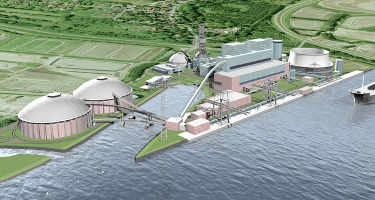 Vattenfall plans to start full commercial operations of the long-delayed first unit (800 MW Moorburg B) of its new coal-fired power plant at Hamburg-Moorburg in Germany.

The Swedish company’s Germany unit plans the commencement before the end of February, a spokeswoman for the utility said Tuesday.

The start date has already been postponed several times since the first coal fire in the boiler of block B in August 2013.
The second unit at the 1,600 MW dual-block power plant (Moorburg A) had its first grid synchronization on January 29 and is on track for start of commercial operations this summer, the spokeswoman added.

Platts reports that Moorburg is one of seven new coal-fired projects in Germany with a combined capacity of more than 7000 MW entering operations between late 2013 and early 2015. Most of these projects were planned almost a decade ago.

A number of projects were delayed due to quality problems with the so-called T24 steel used for the boilers, while the testing phase usually takes several months.