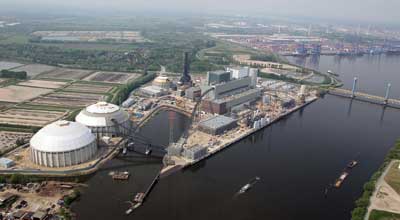 Swedish utility Vattenfall has finally opened the second block of its new Moorburg coal-fired power station near Hamburg in Germany, following seven years of strong opposition to it getting off the ground.

The $3.39bn coal-fired power project had been green-lighted prior to the Merkel government founding its Energiewende policy and it has had to substantially modify its plans to take on the most up-to-date clean coal technology in order to satisfy environmental and political opposition.

“Block A last night at 2200 local time (CET) took up commercial production,” a spokeswoman for the Swedish utility said.

Adding to Block B which started up at the end of February, Vattenfall is now ready to take on full delivery obligations to customers ordering electricity from the 1,635 megawatt plant in the wholesale market, she added.

Vattenfall has implemented expensive technology to sate environmental concerns but the result is one of the most efficient coal-to-power stations in Europe.