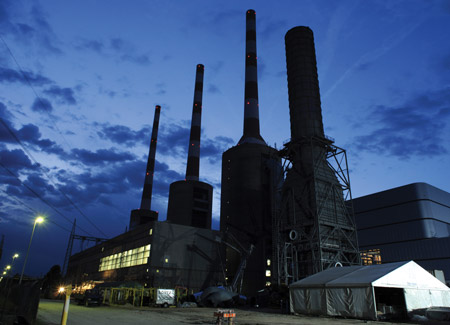 Top world financial analysts Jefferies have referred to the value destruction in European utilities in the past few years as “biblical”.

Financial Times reports that EU utilities wrote off a record amount of value from their assets in 2015, the total cost of impairments amounting to more than €100bn in the past six years.

The data compiled by Jefferies show that 12 of Europe’s biggest energy companies had to reduce the value of their assets, many of them power stations, by just over €30bn in 2015.

This brings the total value of writedowns in the sector to €104bn since the beginning of 2010.

Critics say many companies overspent on mergers and acquisitions over the last decade, lifting the value of the assets on their books.

Peter Atherton, managing director at Jefferies in London, who compiled the figures, said: “Utilities went through a golden period from 2002-2010, when rising power prices meant that earnings roughly doubled across the sector.

“They spent most of the proceeds of that buying each other up, inflating asset prices, and what we are seeing now is the deflation of that bubble.”

à‚  Since the beginning of the decade, more than 50 GW of gas-fired capacity in Europe, have been closed or mothballed by 10 of the continent’s biggest utilities.

à‚  Falling wholesale power prices and the growth in renewable energies have severely hit the profitability of both coal and gas-fired power plants. Nuclear phase out in Germany and cuts in subsidies in renewables across various member states have also taken a toll.

à‚ Meanwhile US hedge fund Knight Vinke has called for yet more asset sales at Germany’s largest utility E.ON in a letter to the fund’s own investors.

E.ON has responded to the crisis by attempting to spin off its gas and coal-fired plants as well as energy trading activities into Uniper, to focus on growing renewables, networks and services instead.

In a letter to his investors, Knight Vinke founder and chief executive Eric Knight said E.ON should also spin off its regional electricity and natural gas grids.

“We have actively engaged with E.ON’s board and management to persuade it that it should separate its regulated network business … from its power generation and supply businesses, which carry commodity risk,” Knight wrote in the letter.

“Our thesis in the utility sector is built on the idea that regulated infrastructure assets (such as gas pipelines or electricity grids) have no business being part of energy conglomerates such as E.ON (or ENI in which we had an investment until 2013).”