US senate committee hears critical information on progress of CCS 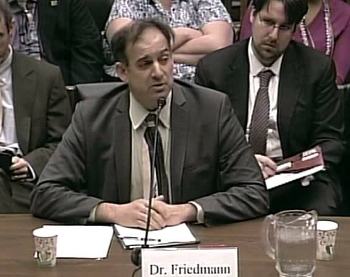 A sitting of the US House Energy and Commerce Committee’s Subcommittee on Oversight and Investigation was given a comprehensive report on the state of carbon capture and storage (CCS) technology’s progress this week in Washington.

The status of the technology was delivered as part of a review of the US Department of Energy’s (DOE)’s clean coal programmes.
Dr. Julio Friedmann, deputy assistant secretary for clean coal with the Department of Energy (DOE) told those present that because of coal’s continued relevance to US energy, that the development of CCS is ‘critical.’

“I continue to believe that coal is actually a required part of a vibrant American economyà¢€”part of the future. In this context, the work we’re doing on CCS is critical. It is a key pathway forward for a sustainable, low carbon, energy future, with an era of abundance of fossil energy that we live in today.”

A most anticipated question by congress pertained to the cost of implementing CCS.

Dr. Friedmann said: “The precise number will vary by plant, whether it’s subcritical or supercritical, by coal rank, and by the kind of technology used. Typically, we express these costs as a range, so for the first generation technology, we’re looking at something on the order of $70 to $90 a tonne. In that context, that looks something like a 70% or 80% increase on the wholesale price of electricity. For the second-generation technologies, which we are developing, it’s our strong expectation that that number will be roughly half. We’ll be looking at something like a $40 or $50 a ton cost.”

He added that the DOE is pursuing three technical pathways for carbon capture: post-combustion, pre-combustion, and oxygen-fired combustion or oxy-combustion.

Transformational technologiesà¢€”those expected to reduce the costs of CCS to their lowest practical levelà¢€”are expected to be commercially deployed in the field by 2025.

“On a thermodynamic and an engineering basis, they can get maybe another $10, another $15 a ton cheaper, so something on the order of $30 a ton is probably about the limit of what you can reasonably expect,” Friedmann said referring to the added cost of utilizing CCS.