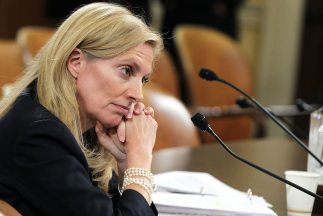 The US Treasury Department has followed up the stringent measures placed on its domestic coal sector by deciding this week to declare an end to US support for new coal-fired power plants throughout the world.

In effect the Obama administration has opted to discontinue contributing to coal projects financed by the World Bank and other international development banks.

“What we’re trying to do is to use the leverage associated with public finance to help developing countries move in the direction of cleaner energy,” said Lael Brainard, the under-secretary for international affairs at the Treasury Department.

The New York Times reports that there is uncertainty surrounding the influence the US can have as it does not have a veto over which projects in other countries get financed through organizations, and the number of coal plants built overseas with public money is small relative to the number that are likely to be built with private investment.

However Ms Brainard says the move will influence investment in a greener direction, saying, “We believe that if public financing points the way, it will then facilitate private investment.”

Officials said the new policy, an element of Mr. Obama’s Climate Action Plan, announced in June, which established goals for fighting climate change during the president’s remaining three years in office,  would put countries around the world on notice that the US will almost never help finance new coal plants unless they are the only option for desperately poor countries or they include technology that reduces emissions.

Officials said they expected objections from some of the world’s developing countries, where coal might be a cheap option. But they said the new policy would encourage those countries to seek alternative and more sustainable ways to generate power.