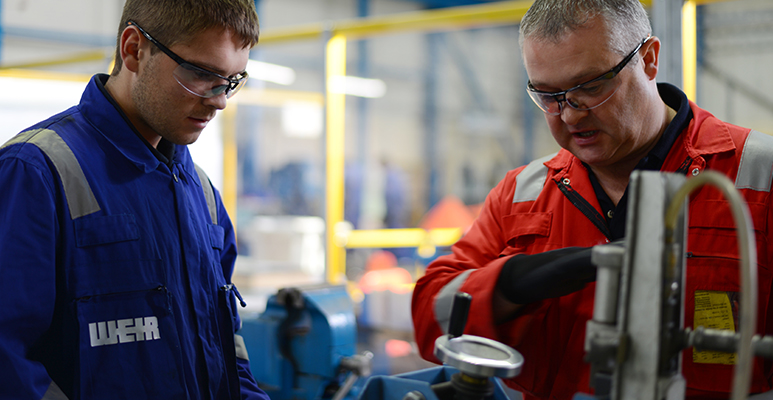 Weir Engineering Services has successfully restored 11 butterfly valves which had been in continual use since 1972 as part of a biomass conversion project in the UK.

An engineering team from Weir’s service facility in Alloa, Scotland, overcame the challenge of dealing with valves in very different conditions at Lynemouth Power Station in the north-east of England, after they had been repaired by several companies over the years.

The valves were installed in 1972 when Lynemouth started to generate electricity from coal. The project to convert the station to biomass was confirmed after its acquisition by Czech Republic utility Energetickàƒ½ a Prà…¯myslovàƒ½ Holding (EPH), and will allow the plant to generate up to 420 MW of low carbon electricity.

The quality standards applied by EPH required an extensive report of the differences found, detailing defective, worn or damaged components, along with the proposed repair strategy.

After a process of stripping down, cleaning and inspection, including non-destructive testing, the Weir team noted that most of the coating was worn and, in some cases, peeled off. Actuator mountings on the gearboxes and gearbox housing had also suffered severe corrosion.

Brian Fairley, supervisor at Weir, said: “Each valve required a bespoke design to cater for the variety of different dimensions for disc and shaft seals. In order to carry out the overhaul, our expert team measured each body and disc to calculate the required seal dimensions.

“The bearing trunnion housing of the valves had been machined out over the years and replaced with different solutions, again all solutions were bespoke.”

The shafts had also suffered from wear due to the ingress of debris from failed shaft seals. The team machined them back and re-sprayed metal surfaces to recover the required design dimensions. They also agreed a standard size to repair, or removed the helicoils of the valve body flange holes, which had been fitted in different sizes and locations on valve flanges.

Two Nash pumps have also been added for overhaul and the Weir team is supporting Lynemouth by installing all overhauled pumps.

James White, contract engineer, explained: “The differences found in the valves made the spares identification and manufacturing a serious challenge. However, we’ve delivered a very successful result for the customer. As a result of this project, Lynemouth Power Station now has fully overhauled valves fit for a further 10 years of power generation.

“The project has now been completed and the valves are being returned to site to be refitted into plant for commissioning. Our focus now turns to providing the customer with lifetime asset support to ensure future overhaul works are safeguarded.”

Feature:à‚ A new biomass chapter in a coal plant’s life