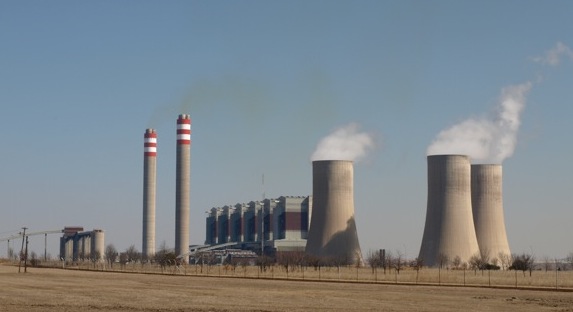 The plant (pictured), which has a nameplate capacity of 4110 MW, is now generating around 3000 MW, as opposed to the 1200 MW it had been contributing after a silo collapsed in November. According to public enterprises minister Lynne Brown, the plant is now providing full power during morning and evening peak hours, and an average of 85 per cent power during the day.

In addition, the Majuba plant had a jammed ash conveyor belt, and this is what has now been repaired. “We are using mobile feeders to deliver the coal to the units at Majuba. They are basically temporary conveyer belts,” Eskom spokesman Khulu Phasiwe was quoted as saying.

The utility began load shedding two weeks ago when the 930 MW unit 1 of its Koeberg nuclear power plant was shut down due to a technical fault.

Meanwhile, Eskom is involved in a legal battle with Westinghouse and Areva over its award of a R4.3bn ($369m) contract to replace six steam generators at the Koeberg plant. While the contract was offered to Areva, Westinghouse has challenged the award, citing last-minute changes to the original tender criteria. According to South African paper Business Day Live, Eskom says Areva’s bid offered the most certainty that the units would be built on time.