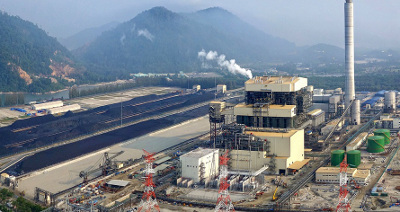 The 1 GW ultra-supercritical Manjung 4 plant (see our in-depth feature article on the plant) in Perak is Southeast Asia’s largest such unit. It was scheduled to being commercial operation on 31 March, but is still undergoing test runs according to sources.

S. Piarapakaran, president of the Malaysian Association of Water and Energy Research, told local newspaper The Star that the plant (pictured) is currently undergoing a final fuel test “that must be completed as stipulated under the Power Purchase Agreement (PPA) before being given [a] certificate to officially begin” operation.

He said the plant is “still generating electricity and connected to the grid”. It has been grid-connected since September 2014 although, under the terms of the PPA, TNB is paying a daily penalty for the missed 31 March deadline. Piarapakaran said the plant’s owner, TNB subsidiary TNB Janamanjung Sdn Bhd (TNBJ), is expected to suffer losses in available capacity payments from TNB, but these should be offset by damages paid by the EPC contractor, a consortium of Japan’s Sumitomo Corp and Korea’s Daelim Industrial Co.

The RM6bn ($1.6bn) Manjung 4 plant is an addition to the Janamanjung power complex, which came online in 2004. It features three operational 700 MW coal-fired power plants set on an island made from reclaimed land. Manjung 5 is currently under construction and is expected to come online in October 2017.

The Janamanjung complex is planned to supply around one third of Malaysia’s power by 2018.